More than half of the seats on the Brentwood City Commission could see new faces in May.

As of Jan. 30, six candidates had filed petitions to run for the board. Those include incumbent commissioners Anne Dunn and Ken Travis, whose seats are up for re-election on the seven-member board.

The qualifying deadline to run for the Brentwood City Commission is noon Feb. 21. Early voting will run from April 17 through May 2, and election day is scheduled for May 7. 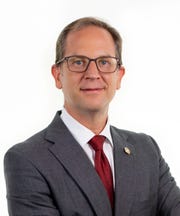 “At some point, you think, maybe I don’t need to cheer from the sidelines. Maybe I need to step on the field right here,” Andrews said.

Andrews, who is president of Andrews Cadillac, said he would bring the perspective of a person active in the business community to the board. His top priority, if elected, is maintaining the city’s “unique identity.”

“Brentwood is part of a rapidly growing region, and I don’t want to see it losing what makes it special,” Andrews said.

He credited the city for its commitment to a high quality of life, including its parks system — something he wants to continue to enhance.

Dunn, who made history as Brentwood’s first female mayor in the 1990s, is running for her seventh term on the commission.

“In Brentwood, people want a family-oriented community,” she said. “I think our low density is important to them, and we need a healthy balance between commercial and residential,” she said.

Dunn is proud of the work she’s put in over the decades, from helping with the acquisition of land for Crockett and Smith parks, to overseeing a city budget that hasn’t required a property tax increase in nearly 30 years.

“I’m very proud of the fact that we run a very efficient government and manage our money, because if you don’t do that, you can’t do any of the other things,” she said.

For the original article and more on all the candidates, visit the Tennessean here.
by Nelson Andrews

2019 Candidate Questionnaire, Nelson Andrews, Citizens for Brentwood Green Space QUESTIONNAIRE 1. Where would you rank the preservation of green space in Brentwood compared to other priorities facing the City? There is a hierarchy to the needs of our City, and at the front are things like public safety (police and fire) as well as well as roads and other…

END_OF_DOCUMENT_TOKEN_TO_BE_REPLACED

Interview about why I’m running and what makes Brentwood Special

I had the chance to talk to a big group about why I’m running, who I am, and what makes Brentwood such a special place to live. I hope you take a few minutes and give it a look!